How to be the Master in Basics of Windows Registry Editor 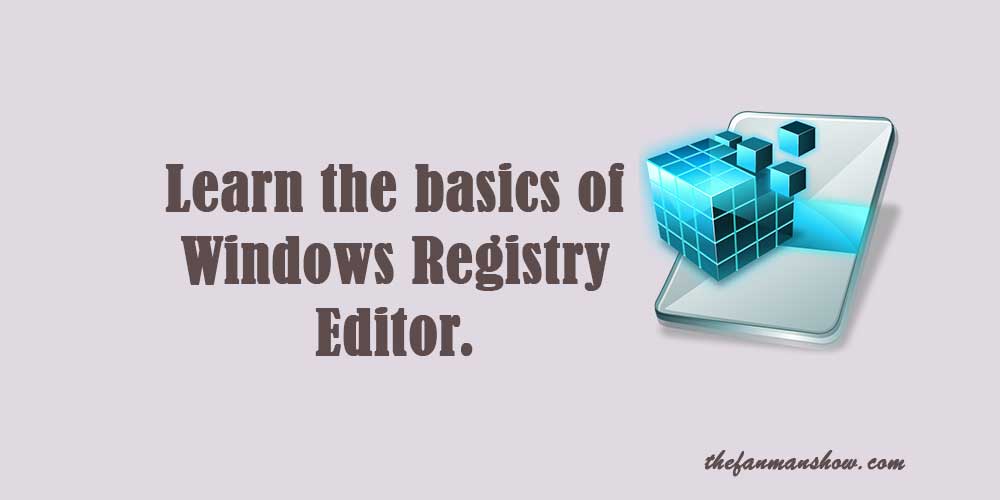 Before working in Registry Editor which is more incredible and powerful tool, you must have sufficient knowledge about the basics of Windows Registry Editor.

Previously, we have been gone through How To Restart Windows’ Explorer.Exe Using Taskbar And Start Menu and How to Add Control Panel Shortcut to Windows 10 Right Click Menu

We have also discussed about Everything You Need To Know Windows 11 Release Date, Features And Improvement.

Through your feedback, I felt to write about the very basics of Windows Registry Editor for all Windows Systems.

So, let’s start our tutorial about the basics of windows registry editor.

The command prompt is a Registry Editor alternative. So you can imagine the importance of this tool. Whenever you need to tweak up some components of the Window, you must have to make changes in the Registry.

For those who are working in computers must have knowledge about the basics of the registry hacks. Here, in this article, we’ll tell you about Windows Registry.

What is Registry Editor?

The Registry Editor is a categorized database that has all the configurations about all components, applications, services, and many more used in Windows.

Here, in the Registry two basic concepts are used:

If you are a beginner and opening Registry Editor for the first time, you will see a window pane presented at the left side of the main window which contains all the keys being used in Window.

The keys have their values which will be given in the right side pane. It is all about its general window interface.

How to Take Screenshot of Complete Webpage With One Click

Each key which you can see in the above screen shot has its own importance and it contains a different set of information than other keys. So, it depends upon you, which type of key and values you want to edit or change.

Three of five root-level keys linked together to contain a heavy set of the information. When you remove a bulk of information in the Registry, surely you wouldn’t find your PC’s Windows in stable condition.

This section is used to take actions on Windows file types and their associations. Normally, this key is used with the abbreviation of HKCR and it is linked with HKLM\Software\Classes.

This can also be used to tweak the context menu for a specific file type.

Generally, it is abbreviated as HKCU. It is being used to hold all the settings of the user who is currently logged in and it is linked with HKEY_USERS\<SID-FOR-CURRENT-USER>.

Most of the part of user-level settings is present in its sub-key HKLM\Software.

This section is abbreviated as HKLM and it contains all system-wide settings. Whenever you need to check the machine-wide settings, you have to use the HKLM/system key.

This section contains all the settings of all the users of the system. Whenever you need to check the settings of a user on your system, you can use this key. It is also abbreviated as HKCU

It contains the information of the current hardware configuration. This key is linked to HKLM\SYSTEM\CurrentControlSet\Hardware Profiles\Current.

Those who are too much technical with hardware can use this key.

In the left-hand pane, when you right-click on any key a set of options will appear in a sub-menu which you can understand with ease. These options are simple and understandable. 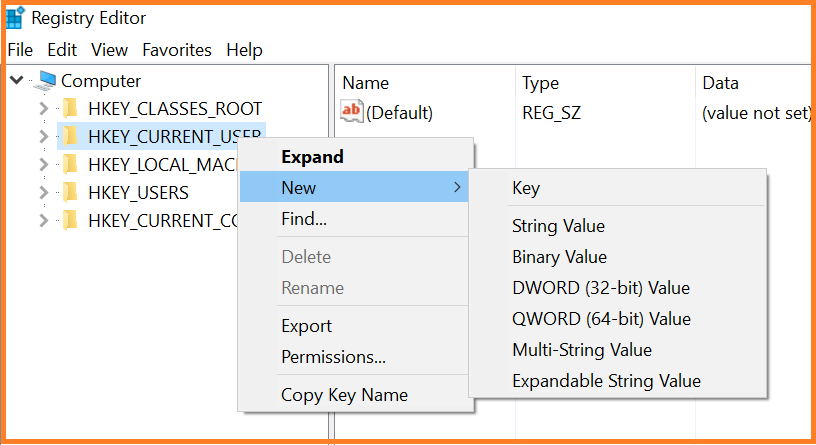 When you build up a new key it will appear in the left-hand pane of the Registry Editor window and its values will appear on the right-hand side. Some values that are regularly used are:

As its name shows that it contains string values that can be fit in a string. Human-understandable strings can also be edited without breaking everything

Here, it is difficult to edit these keys because there are the values in the form of arbitrary binary data.

It is basically a 64-bit integer value which is commonly not used very often for registry hacks.

These values work like a text editor window. You can add multi-textual information to it.

It contains environment variables which are used for system paths.

Let’s learn some other basics of Windows registry editor.

In the Favorites Menu of the Registry Editor, there are many useful and interesting features in it that is normally used to check a registry location regularly. Here, the interesting thing is that you can export the list of favorites. The list of favorites can be used on another computer without having to browse down for the keys. Just add them to the favorites menu.

If you want to bookmark something you can use this one. When you are looking for multiple locations, you can easily get back to the location you were at.

How to Export Registry File?

Exporting a registry keys is very simple and easy. Just right-click on the key and choose Export. In case, when you start changing your system’s settings via registry, it becomes important to export files. 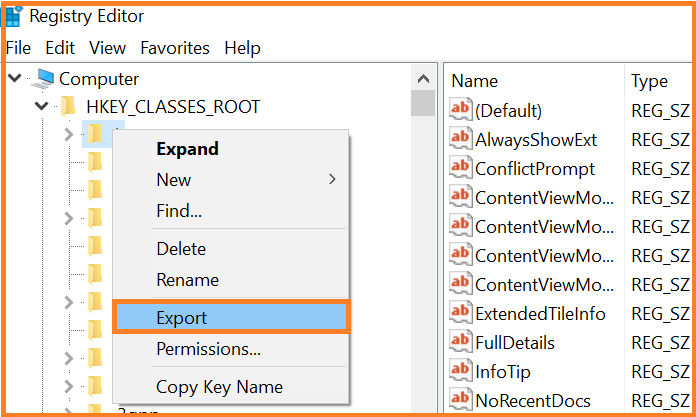 Once you got your exported keys, double-click on it to enter the information back to the registry. If you choose edit you can have a look at the contents in Notepad.

The format of these files is very simple and understandable. Value names are appeared at left and actual values in right-side. 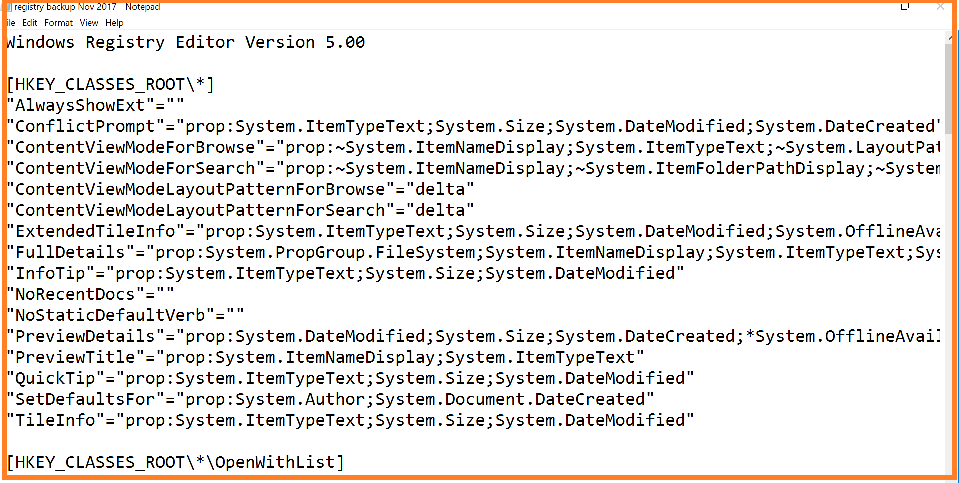 How to set Permissions?

In the registry hacks, some values need permissions to be changed because of default settings. You can make it possible to change this scheme or edit registry values by right-clicking and choosing Permissions. Now you are able to adjust them according to your need. 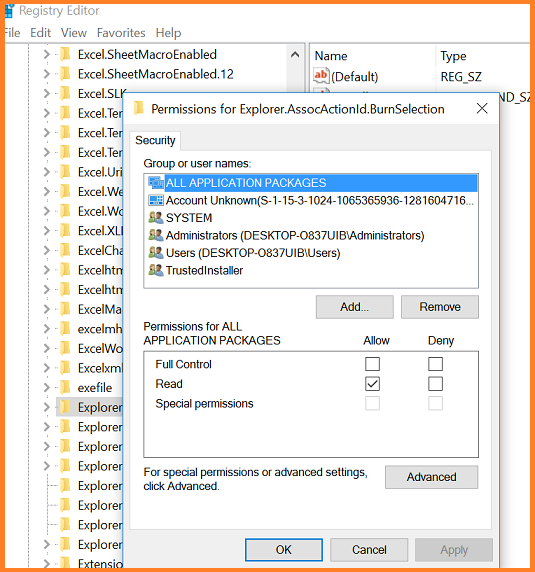 Edit of these keys need a bulk of data to be changed. So, it is better to leave them without diving in their values.

If you want to load a registry from an offline system, you must use File > Load Hive feature. You need to load Registry Hives when you troubleshoot on another computer to check that what is going on in Registry for a system which isn’t booting. So, you have to boot the system from a rescue disk, a live Window CD, then copy the registry files onto your thumb derives. 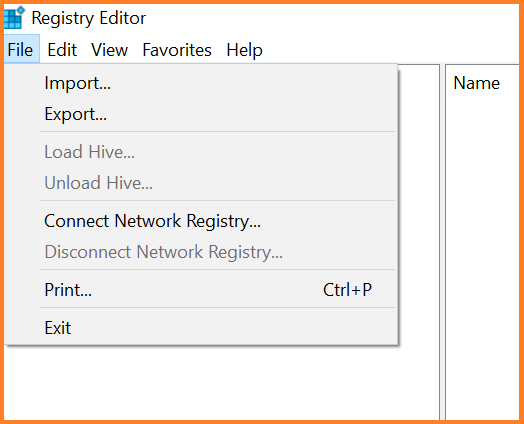 Where these Registry Files Stored? 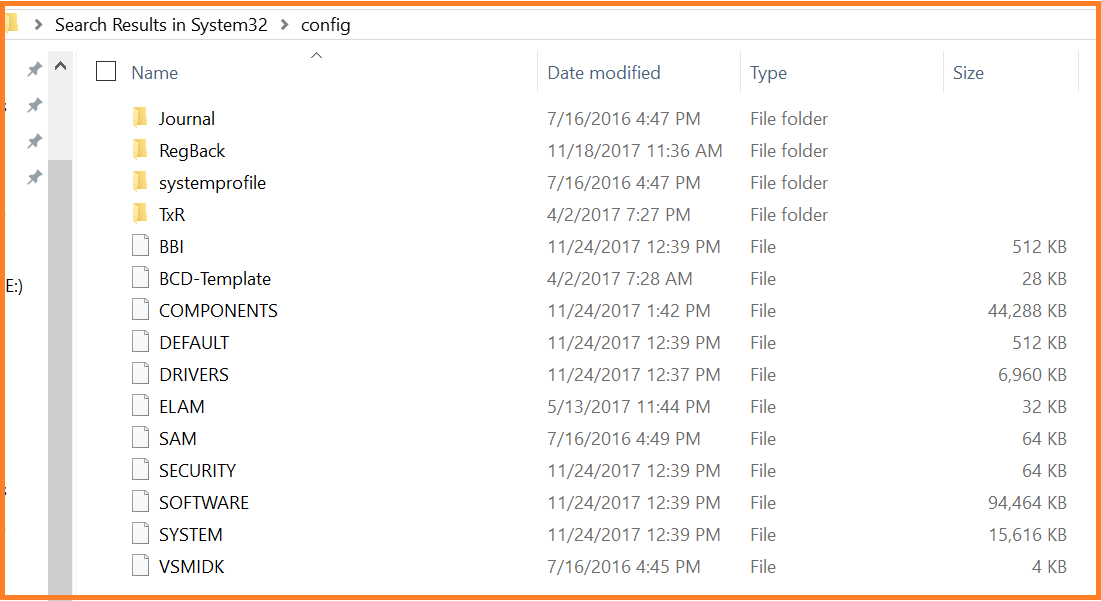 In the above screen shot you can see SAM, SECURITY, SOFTWARE, and SYSTEM files which are the same as HKEY_LOCAL_MACHINE. 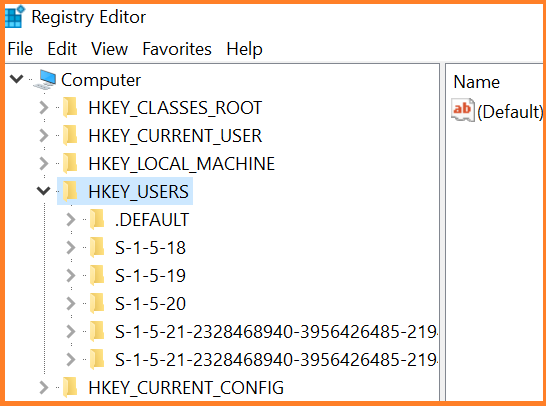 All the data of the current user of the key HKEY_CURRENT_USER is stored in a usual folder with hidden file named as NTUSER.DAT.

Backup of the Registry:

When you hack the registry, it is become important to have its backup too. The whole registry file cannot be exported or it wouldn’t work. The files cannot be accessed on the hard derive because they are locked.

So the best option to get a backup of your registry files, Create a system store point. 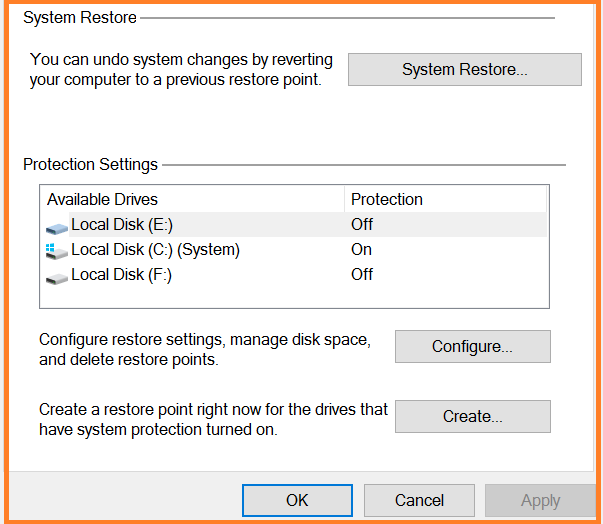 The registry hacks is more technical then usual hacks. Many people don’t believe in the registry hacks but it doesn’t mean that these hacks don’t work. When you remove bulk of values and information from the registry, your system may not get stable condition for use.

Well, this is all about the basics of Windows Registry Editor.

Hopefully, the article has developed a registry master skill in you after reading, you can share with us via comments section. 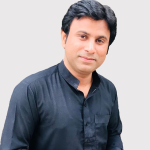 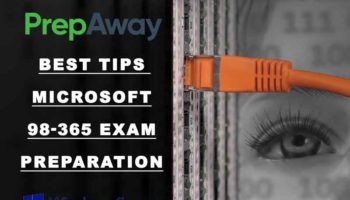 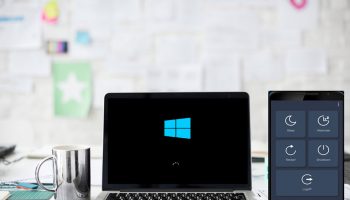 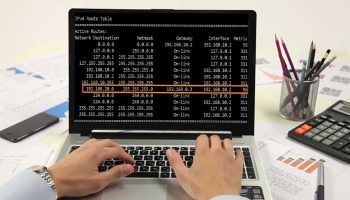 How to Add a Static Route to the Windows Routing Table