How to Connect Mobile to TV Wirelessly or Via USB Cables?

So, let’s start “how to view your phone or tablet screen on a TV?”

You can view your Android phone’s screen on your smart TV quite easily. It is really interesting to use your mobile phone as a TV remote. There are many apps and connectors available in the market for the same purpose but the users cannot identify the exact device which is required to “connect an Android device to TV”. You can find all the particular devices which are used to “connect a mobile or tablet to TV.”

Also, try these suggestions by The Fanman Show

If you want to boost your living room as an environment according to 21st century’s requirements, you should use the wireless standards to connect the Android device with TV. Every photo or video will be much clear with bright colors. You can imagine a mini cinema in your room by connecting your mobile to your room’s TV.

So, let’s first understand “how to connect mobile to TV via USB cable?”

How to Connect Phone to TV with USB?

How to Connect Android Phones to TV with HDMI Cables

HDMI stands for High-Definition Multimedia Interface. This interface is basically a De Jure Standard which is used to connect phones to TV.

The upcoming TVs are equipped with a built-in HDMI port that is used to “connect mobile to TV” easily.

After connecting a phone to TV with HDMI cord cable, you can watch high definition videos on TV without any delay, while all the videos are actually streaming on your mobile phones. There would not be any pause to buffer the video. This quality of HDMI makes it popular among the users.

There are three standard sizes of HDMI plugs in the electronic market. You should buy HDMI cable for android phone to TV connection according to your TV’s requirements. 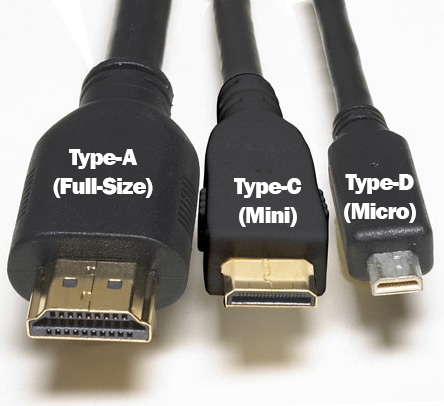 1. Regular HDMI which is also known as “Type A” These plugs are in full size and available to those devices where space is not a problem

2. Type C is a middle size of HDMI plugs. All the sockets given in small and hand used devices such as Mobiles and tablets are “Type C”. These devices are also called “mini HDMI”

3. Type D is a third size of HDMI which available in the devices where very less space is offered. They are also known as micro HDMI.

So, these are the HDMI cables for android phone to TV connection and watching your mobile phones’ screen easily on TV.

How to Connect Android Phone to TV Via MHL and SlimPort

Most of the tablets and phones do not have the HDMI ports which create a difficulty for the users to connect their tablet to TVs but there is a pair of mostly used standards which are merged that permits the users to connect different devices with display screens like TVs and LED devices.

These two standards are MHL (Mobile High-Definition Link) and SlimPort. Both allow the users to connect Android devices to Display Screens via USB ports. 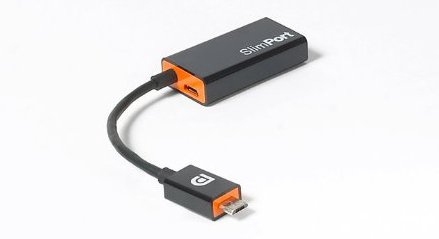 Both MHL and SlimPort work for eight video and audio channels. A breakout box is required to connect an Android phone to TV.  While a breakout box is a small sized dongle used between Android phones and TV. It costs 10 to 25 Pounds to connect. This is a little expensive than HDMI but it is used by a large number of Android mobile and Tablet makers.

The improved version of HML supports high resolution up to 4K. Same applies on SlimPort that means they both have identical specifications. Many TV and LED manufacturers used MHL and SlimPort. If your device does not support MHL and have SlimPort, you’ll pay some extra for the use of MHL and you also need an extra adapter which gets 10 watts power from the host.

And if SlimPort is available you don’t need an extra adapter and power. Breakout boxes usually come with USB port alternatively a charger can be connected here.

These were the methods which are used to connect phones and tablets via HDMI cables, MHL and Slimport.

We have talked about HDMI cable for android phone to TV connection so far, but now let’s proceed our article further with “how to connect phone to TV without HDMI cord” or without using any cable.

How to Connect Phone to TV Wirelessly?

We will discuss two standards to connect a mobile to smart TV wirelessly, these are: 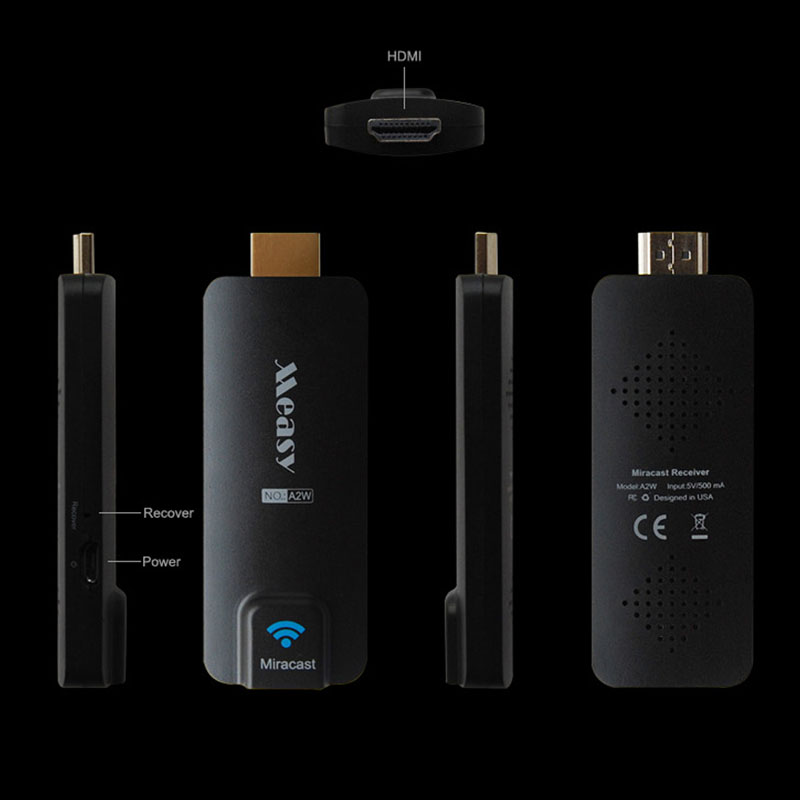 Miracast is one of the famous standards which used to connect the two devices without any wire or cable. Many latest TVs are supporting Miracast standard to reduce the complexity of extra hardware.


For excellent compression and good HD quality pictures, Miracast uses H.264. It is standard of video transmission from one device to another. Miracast also supports DRM that allows video streaming on TV. All the Androids from 4.2 to up support Miracast for video streaming.

How to Connect Mobile to TV Wirelessly Via Chromecast standard? 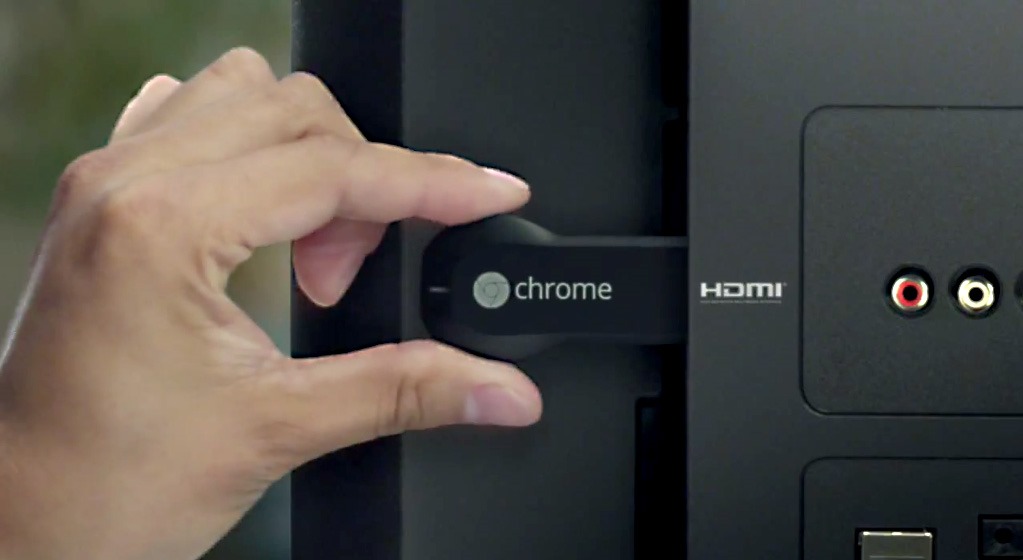 Chromecast also uses De jure standard by Google and it is the best alternative of Miracast.  This is also used to connect the two devices wirelessly. This is cheaper up to 30 Pounds “Dongle” plugs into HDMI port on the TV to connect the devices to provided wireless network.

It supports burgeoning which allows the users to do all research work and other legwork using a TV screen. This saves some battery power of your Android device. Mirroring can be done on your android mobile with Chromecast. It means that anything can be displayed on the TV screen via this standard. Moreover, many Android devices support Cast Screen feature which allows Screen Mirroring too. The iPhone or iPad users can not use this because iOS does not support an open standard. iOS users should buy Apple TV which costs them up to 79 Pounds.

If you are connecting your mobile phones wirelessly with TV, there is a drawback, this will only work when your Android phone’s screen is on. This means it eats your Android’s battery. Your charger should be connected continuously for uninterrupted video streaming.

Mirroring device is best to overcome this difficulty. No doubt it costs but it provides a best and uninterrupted view.  Many commercial services are available for mirroring such as iTV, iPlayer and Netflix. If you want convenient streaming, you will pay for it using the mirroring screen.

For example “Sky” is providing Mirror screen and it charges up to 12 Pounds per month. You can add two devices having a single subscription of Sky. On tablets there are no charges for Sky’s subscription.

This is how to connect phone to TV without HDMI cord and other cabling fuss.

We have discussed How to Connect Phone to TV Wirelessly using Chromecast and Miracast? We have also talked on how to connect mobile to TV via USB cables (HDMI, MHL and Slimport)

Also, share this article “how to connect phone to TV with or without HDMI cord” with your friends and family via your social media accounts, so that all can get benefit from the above tutorial.

If you are using some other ways to connect your Android Devices to mobile phones then please share with us through the comments section right below the post.